My research focuses on the political philosophy of science, health and technology. More specifically, I use the tools of political philosophy to interrogate the governance of dual-use research, fairness in machine-learning algorithms, resource allocation during health emergencies, the harms of climate change, and GMO labelling. I also have a long standing interest in the concept, value and practice of security. Here I have some brief notes on ongoing research interests and projects.

Scientists often aim to produce knowledge that benefits humanity as a whole, but the conduct and dissemination of some kinds of scientific research can also impose catastrophic risks to human health, the environment, or social justice. A number of my current research projects, including a major grant from the NSF, consider the responsibilities of scientists given that (i) science is a collective enterprise, (ii) the conduct of science often imposes different risks and benefits on different populations, (ii) there is pervasise disagreement about the value of these risks and benefits (even amongst people similarly situated).

Algorithmic decision-making has likely improved the accuracy and efficiency of risk judgements. They are cheaper, faster and less prone to cognitive biases than human decision makers. Yet despite this, there is increasing concern that these algorithms may be systematically biased against certain classes of people. In part because of these concerns, the developers of machine algorithms have started to grapple with the complex tradeoffs involved in detecting and eliminating bias in their creations. Unfortunately, whilst computer scientists have made some strides in identifying appropriate measures of bias, there has been little engagement by philosophers with the precise wrongs done by biased algorithms. I am currently working on remedying the gap between statistical and philosophical understandings of bias and discrimination.

The concept of "health security" has a central role in contemporary global health governance, and yet its precise content and value is under-specified. Of particular concern is whether the value of health security justifies the allocation of resources to protect populations from "novel" risks to their health (such as fast-moving zoonoses, pandemic influenza and bioterrorism), as opposed to alleviating ongoing, serious and well-characterised threats (such as obesity, HIV/AIDS or antibiotic resistance). I am currently extending my conceptual work on health security to a number of applied problems, including: (i) the criteria for the declaration of a Public Health Emergency, and (ii) the justification for universal catstrophic health insurance.

Climate Change and the Environment

The Concept and Value of Security

Security is a very politically powerful word, yet there is a dearth of philosophical investigation into the concept of security, and its value. In my research I have given an account of what it means to enjoy a good securely, and why this might be a weighty consideration in moral decision-making. I argue that the prudential value of security is explained by both the affective dimension of security and the effect of grave risk on our capacity to form and pursue our plans. I argue that this can help us make sense of the rationality of risk aversion, non-maximising consumption, and prioritisation of resources to emergencies.

Prior to completing my PhD in philosophy, I made some small contributions to research on the politics of global health security. In particular, I was interested in how some health challenges come to be viewed as a security issue and why other, sometimes far larger, health problems were not. Most of this research focused on the "securitisation" of infectious diseases in South East Asia - particularly SARS, HIV/AIDS and avian influenza. 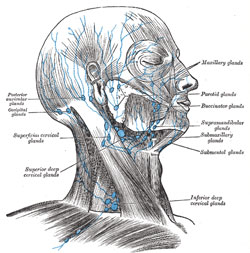 Handcrafted using CSS3 and HTML5. Design is a much less elegant version of sites by Kieran Healy and Greg Restall. © Jon Herington 2010-2021.